‘Picture-Perfect’ Mars Probe Launch Has NASA Over the Moon

‘Picture-Perfect’ Mars Probe Launch Has NASA Over the Moon

CAPE CANAVERAL, Fla. — Scientists and NASA officials are euphoric today (Nov. 18) after the smooth launch of the space agency’s next Mars probe, which is now streaking toward a date with the Red Planet in September 2014.

The Atlas 5 rocket carrying the Mars Atmosphere and Volatile Evolution spacecraft (MAVEN) launched on time and in spectacular fashion from here at Cape Canaveral Air Force Station. The rocket roared to life at 1:28 p.m. EST (1828 GMT) today, leaving car alarms blaring in its wake. The MAVEN probe was released into space a little more than 50 minutes later.

Today’s launch felt especially good for MAVEN principal investigator Bruce Jakosky, who has been working on the mission to study Mars’ upper atmosphere for the past decade.

“After 10 years of doing this, I don’t have the words to describe what I’m feeling,” Jakosky, of the University of Colorado, Boulder’s Laboratory for Atmospheric and Space Physics, told the press during a post-launch news conference today. “It’s every possible emotion, but they’re all positive. This is about the most exciting thing I can imagine happening, and this day has been picture-perfect from beginning to end.” 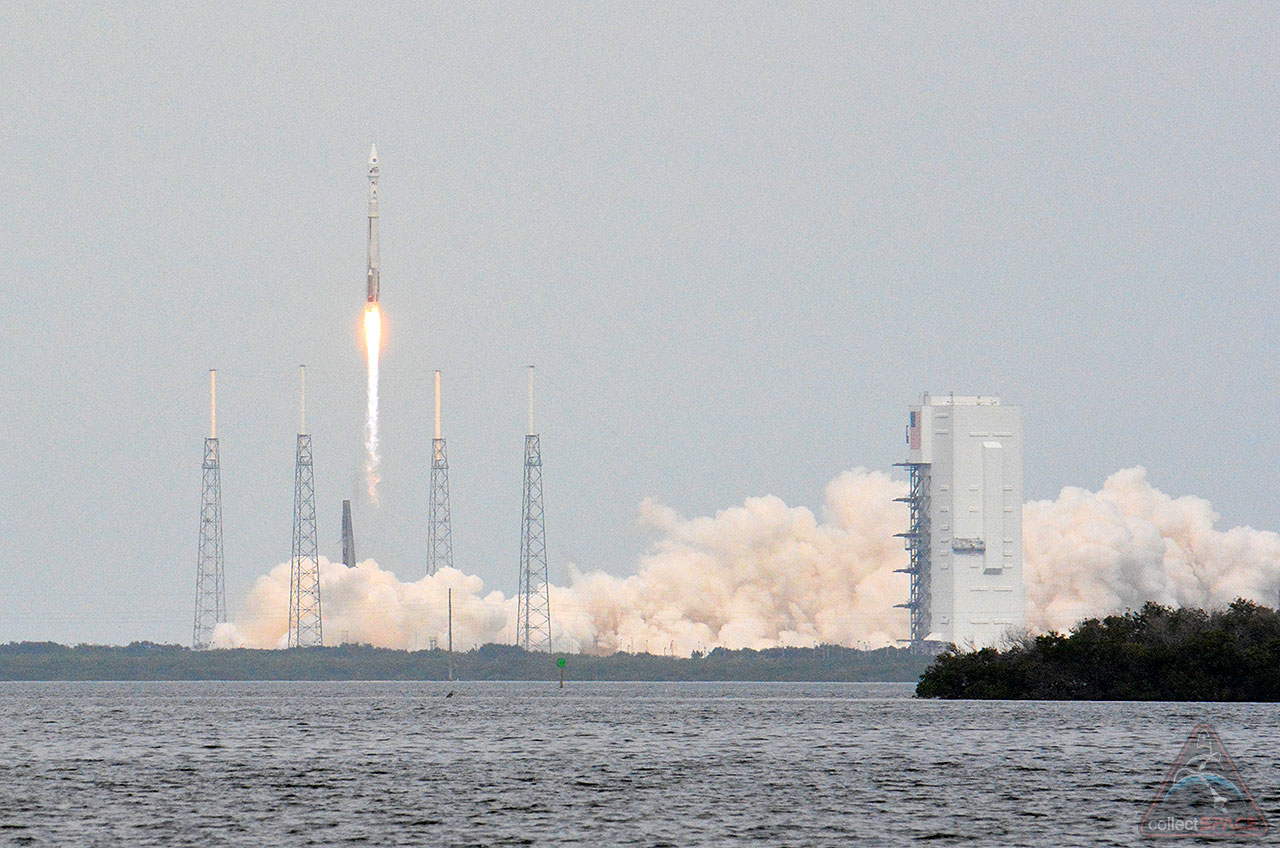 Before launch, an astronaut in space wished MAVEN luck on its mission to the Red Planet.

MAVEN is now on a 10-month journey to Mars, with arrival slated for Sept. 22, 2014. Once the probe gets into orbit around the Red Planet, it will peer deeply into the upper part of Mars’ atmosphere from a highly elliptical orbit.

MAVEN is designed to try to solve the mystery of how the Red Planet lost its atmosphere to space by understanding the processes spurring the escape of volatile gases today. Scientists think that ancient Mars was probably a wet and warm world much like Earth, but the sun and other factors caused the planet to lose most of its atmosphere, turning the planet into a cold, dry desert.

“What a Monday at the office,” David Mitchell, MAVEN project manager at NASA’s Goddard Space Flight Center in Greenbelt, Md., said today. “You build something to go to Mars, and we’re now flying to Mars today. Maybe I’m not showing it, but I’m euphoric.”

Along with its eight scientific instruments, MAVEN also has the ability to helprelay data from NASA’s two currently operational Mars rovers — Opportunity and the 1-ton Curiosity rover — to their ground controllers on Earth.

“MAVEN joins our orbiters and rovers already at Mars to explore yet another facet of the Red Planet and prepare for human missions there by the 2030s,” NASA chief Charlie Bolden said in a statement. “This mission is part of an integrated and strategic exploration program that is uncovering the mysteries of the solar system and enabling us to reach farther destinations.”

The Indian space agency’s first mission to Mars — launched on Nov. 5 — could also join the other probes in orbit as soon as Sept. 24, 2014, two days after MAVEN is scheduled to arrive in orbit.

On time, under budget

Because MAVEN launched on time, the $671 million mission actually came in under budget, NASA officials said.

“It’s my projection that they will be under,” said Jim Green, NASA’s planetary science division director. “We haven’t paid all of the bills … In the long run, we do anticipate that they will be under budget. They certainly won’t exceed their $671 million tab, and for that, we’re grateful for it. What will happen next, of course, is how that funding — if there is any that’s left — will be used within the program itself.”

By: Miriam Kramer
To view the original article CLICK HERE